The Francesc Valls Choir habitually participates in the conventual Masses on Sundays at 10:30 at the Cathedral of Barcelona and in other significant celebrations held there, offering a polyphonic repertoire matching the liturgical texts read in said celebrations.

Directed by Pere Lluís Biosca, the choir comprises between eight and twelve regular members, all of them professional singers. Some of its members act also as Music Directors during Mass, encouraging attendees to sing along in over 350 annual services.

The Francesc Valls Choir, has adopted the name of Francesc Valls in honor of the chapel master of the Cathedral – Francesc Valls Galán is one of the most important figures in Baroque music in Iberian Peninsula, even though part of his work, of extremely high quality and interest, remains unpublished.

The repertoire of Francesc Valls Chamber Choir combines religious polyphonic performance of all times with unpublished opus of Cathedral’s ancient chapel masters, which are reintroduced in liturgy or played in different concerts offered trough the year. 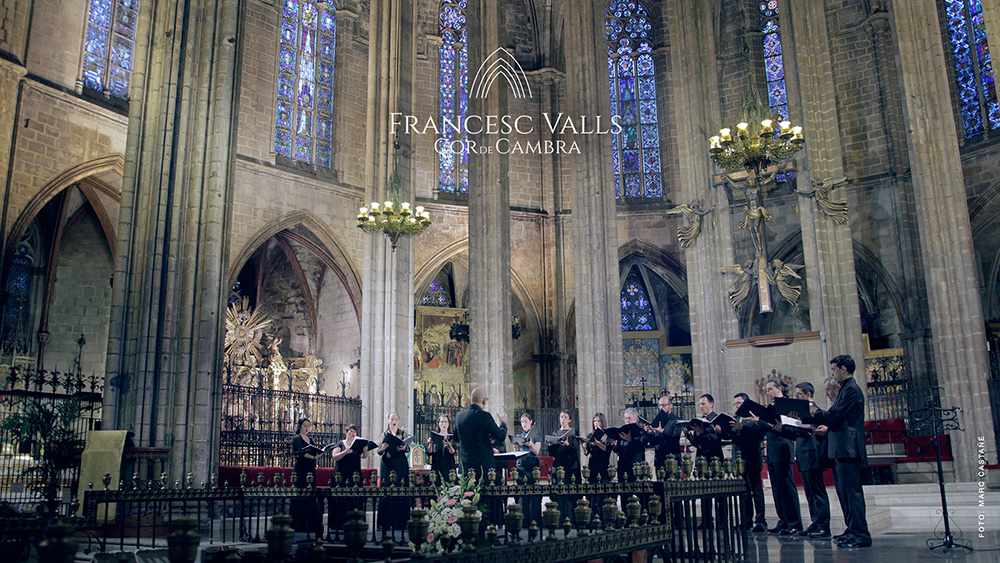